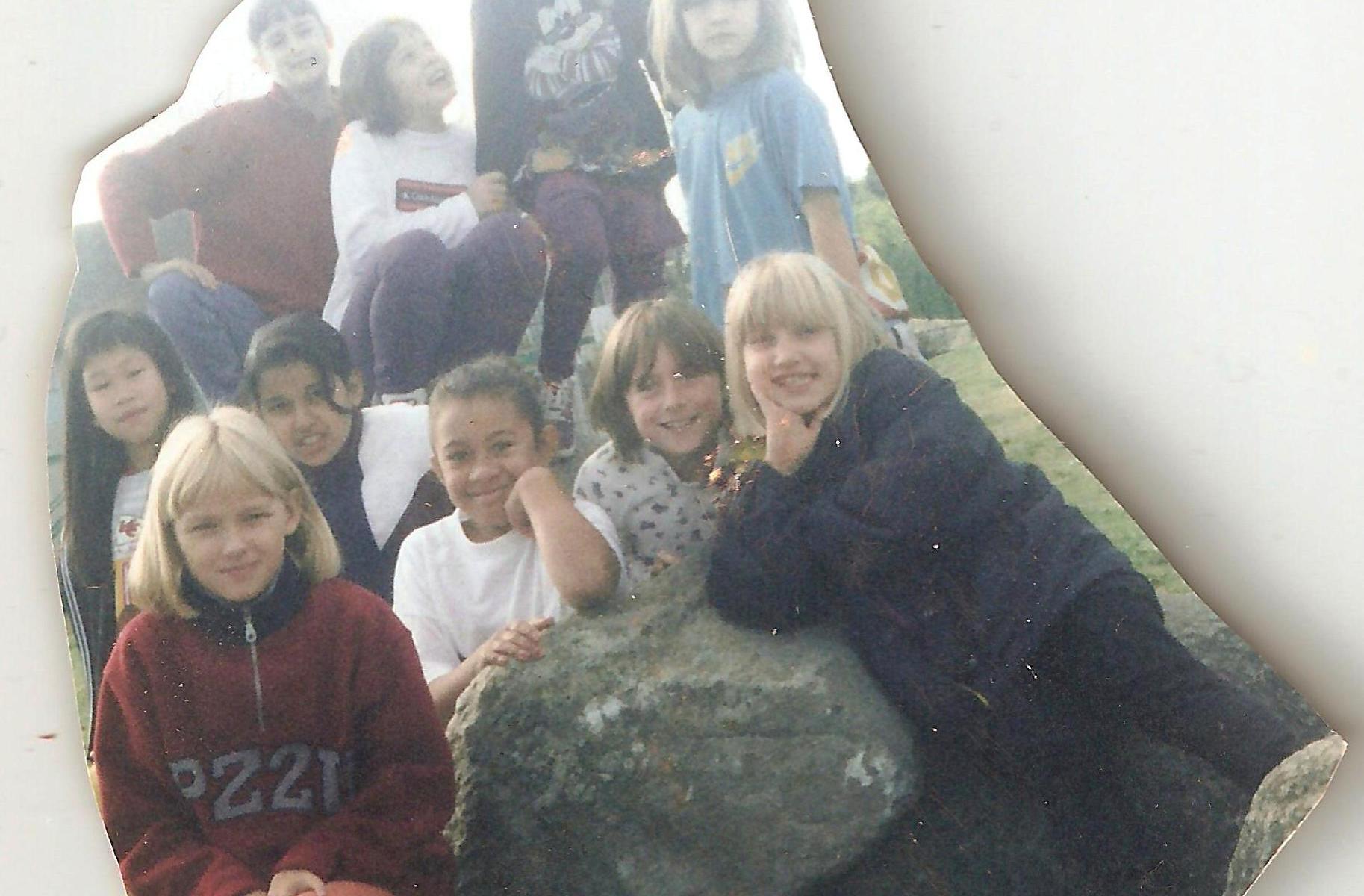 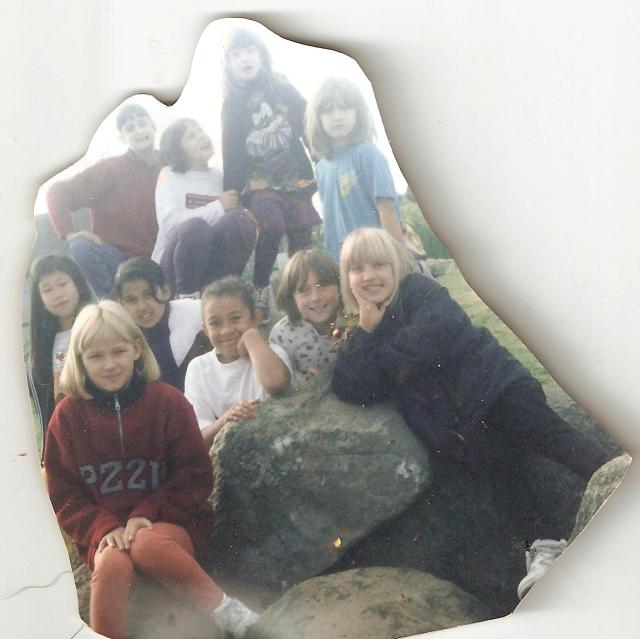 With the Bird Club in full swing it was bound to get some enemies… at least the type of enemies that a 7-year-old makes. At this age, everyone will tell you that the boys are picking on you or chasing you around because they like you. Always seemed a bit weird to me that this sort of thing started out so early in life, but if that’s the case then so be it.

There will be a bunch of guys chasing the Bird Club around during lunch and recess. Our headquarters is a big rock with holes in it, which makes it convenient to store things but we never would outside of break. Great big pine trees go around the rock, and some of the branches are shaped in a way that we think they can be pulled down and used like binoculars because of how they round-up into semicircles on each side.

Hellings’ school yard is actually pretty unique. It has the standard sidewalk around the school, but the back area sort of curves downward like a hill that ends with a sort of plateau and then a ditch – albeit a small one. Just on the other side of the ditch is a soccer field… or some sort of sports field. It isn’t used much by us at break. On the opposite side of the back area, from the rock, there is a big blackberry bush in the bottom corner where the ditch connects  to the field. There is a little path through that leads out of the school yard, but the bush on either side is where we can hide from the boys. It’s technically outside of the bounds, but most of the Bird Club isn’t afraid of a few thorns.

At some point we will be playing on the swings in the front area of the school and lose a piece of costume jewelry that is important to us. It will be alright. Last still we will be on the monkey bars and hit our head on one of the bars. A supervisor lady will take us to the office for an ice pack even though Mom is waiting in a car and willing to help. This might make her a bit upset that she wasn’t involved, but it’s just because she is looking out for us and not because she is mad at us.

Only a few more years left before we jet off and move again. Soak in all the memories of Hellings and our friends here. Some of them will move and change, but the ones that stick around and continue to talk with us are important. They will pop back into our lives from time to time, and it is a lesson that we don’t always remember: those who stick around are worth the effort, but those who can’t be bothered aren’t.