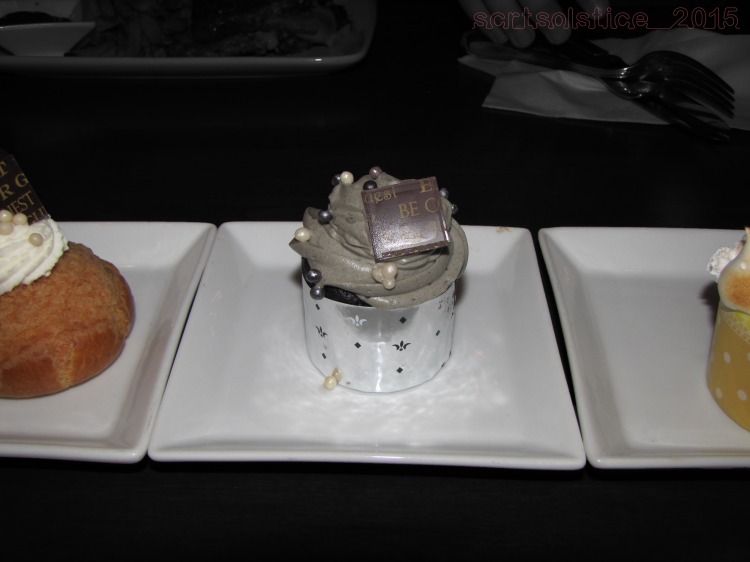 When I found out about Be Our Guest… I freaked out. I love Beauty and the Beast, I have pink flannel sheets from when I was a kid still to prove it, and this was going to be amazing. I had heard rumors that The Grey Stuff occasionally appeared during dinner reservations for special occasions (rare, but special) and had hoped we’d be so lucky since we were going on our honeymoon. Then right around the time we could have started to make reservations (180 days) I realized that my passport case was lost in the move – of course I stashed my AP in my passport case so I started to panic. I had purposely purchased a Premier Passport because I knew I was going to be going to both parks, but I had never used it for Walt Disney World so I didn’t have the information in the website.

After much panic, a few phone calls, and a few phone transfers, a bit of pixie dust came my way with an extremely backend/tech savvy CM who fixed everything while I was still explaining the problem. I don’t know whether there were notes on the account or how she figured out through my blubbering what the problem was but she had me verify a few things, refresh my page, and then there it was – like magic.

Despite just being a few days past the 180 mark, all of the potential reservations for Be Our Guest had filled. A little disheartened to say the least, but I went ahead and made some other reservations anyway. Around the Fastpass+ mark (60 days) we received an email about Fastpass+ for Be Our Guest lunches. I was still upset about The Grey Stuff since I had heard it was dinner only, but when I was picking out the meals there was a glimmer of hope – The Grey Stuff Cupcake! Needless to say I had a panic attack and jumped on it like an ecstatic dog that just discovered a trampoline. Although it is not everyone’s cup(cake) of tea, I thought The Grey Stuff was indeed delicious and I can’t wait to have some more… hopefully!

A Master of the Wizengamot, Amy is the founder and creative entity behind The Power of Mess: a collective of creativity and social media. If she could be any superhero she would be Superman, her favorite holiday is Halloween, she is a collector of Disney pins, and is unbeaten at Harry Potter Scene-it. By day she is a pursuer and smith of words, and by night she is a level 8 Halfling Wizard by the name Azaelia Teagloom (soon to be a novel #Teagloom). View more posts