If there was one thing that I could say with confidence about our wedding, aside from eff ya I got married to an awesome man, I would say that it was us. Honestly, there were a lot of things that I didn’t like about our wedding – but… none of them were things that I had control over AND none of them were things that could have reflected us. I won’t go into detail about what was wrong, but everything that was oh so right, was just oh so us.

The table settings – were us

The words in the ceremony – were us

The diy aspects – were us

The nods to different fandoms – were us

The song choices – were us

The things we had control over – were us

That’s really what is the most important.

Though I can tell you that when it came down to the day of, all I was worried about was whether or not the damn groom would show up. What a silly thing to think. Like come on – man has been around for almost seven years, only to bail when we’ve spent so much money on something so hallmark and overrated. If you know Mr. Squared there is nothing more unlikely. 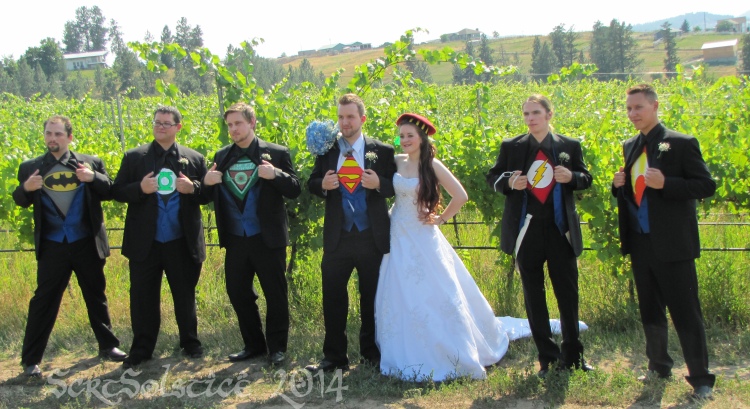 A Master of the Wizengamot, Amy is the founder and creative entity behind The Power of Mess: a collective of creativity and social media. If she could be any superhero she would be Superman, her favorite holiday is Halloween, she is a collector of Disney pins, and is unbeaten at Harry Potter Scene-it. By day she is a pursuer and smith of words, and by night she is a level 8 Halfling Wizard by the name Azaelia Teagloom (soon to be a novel #Teagloom). View more posts

One thought on “Wedding Wednesday: When Geeks Wed”