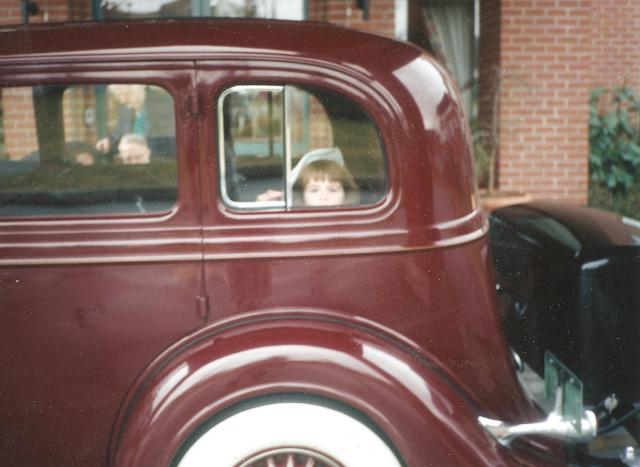 Strange things are brewing this year. First of all, you are getting used to the fact that we have to share Mom and that is okay. Just when you think that it will be fine, a fourth joins the family. We will be intrigued with him for a little while, but our birthdays are awfully close to one another and you will want to just leave him at the hospital.

Add to that, there are a lot of presents and they aren’t really for you… but you will open some behind the chair in the living room. Our hiding space… use it while you can because we eventually out grow it. Sad day to be sure.

This year you will be a rabbit for Halloween, but next year we will have a bit of a family costume so that is something to look forward to. Don’t share the kitchen though, they will wreck it… and the phone will go missing.

It is also important to note that you will eventually cut Mom’s ponytail. This is very funny to us, but not so much for Mom. Why we had scissors I will never know.

Bobby’s World is a great show and later in life we will see Howie Mandel a lot older and it will be weird. Tricycles are awesome, especially while listening to the theme song from BW, but watch out for coffee tables. The corners are sharp and we will need to get stitches near our eye. It will scare, but think of it more like a battle wound.

Four was a big year for us – it gets a little rough soon, so hold on as tight as your little hands can. Which isn’t much…

Category: Everyday May, Writing      Tags: letter to self, siblings